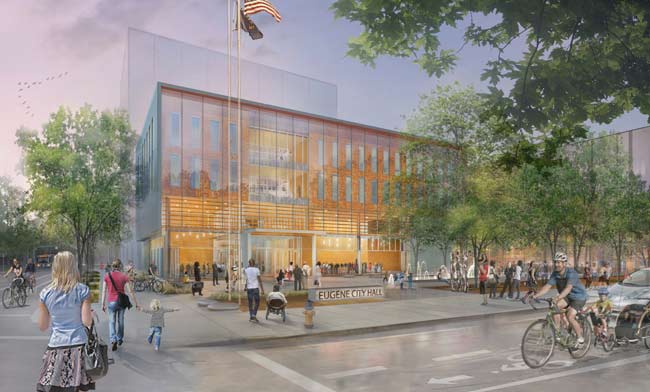 The new design for the Eugene City Hall can cost the city a lot more than expected. The price has already climbed up to $24 million which is $6 million more than the initial plan has suggested and can go up to about $25 million.

The officials say that the old building was turned inward and did not look welcoming and accessible.  The new four-story building will be turned outward to “invite people in”. The increase of the cost happened because of the safety reasons. Project managers say that the seismic update is required so the project would be built to last and not fall down in case of an earthquake. They want the highest level of seismic safety used for fire stations and hospitals. To find the money for the upgrade and other additions, the city staff considers fundraising and using the city’s risk fund.

The project arises many objections, as none of the decisions were brought to vote. Some think that the new building will look more like a fortress because all of the over the top safety measures and create a wrong image.

The cost can be reduced if the council votes against some of the additions many people question, such as individual offices for part-time councilors. The voting will take place on the April, 20.

Happy Indie Day, America! Fourth Of July Is In Full Swing For Sunday