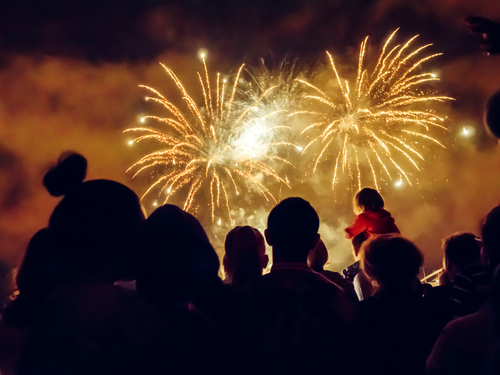 EUGENE – Eugene City Councilors are taking to the public their future ordinance further restricting the use of fireworks.

Councilors voted 6-2 to move the regulation to a public hearing on Wednesday.

The regulation tightens up limits on firework use within Eugene city limits.

It shrinks the window that you can legally light personal fireworks to the following four days:

Large commercial events, such as an Emeralds baseball game, would need special approval to light fireworks outside of those days.

The proposed regulation also bans fireworks that produce “audible effects” such as whistles, screeches or bands.

It is too loud if it can be heard more than 50 feet away.

Other councilors said that restriction of noisy fireworks will protect sensitive groups like those with PTSD, seniors, pets, or just the general public.

They also cite safety as another reason to tighten up restrictions.

Councilor Betty Taylor said, “I hope we don’t have to have a huge fire before we actually have a ban.”

In addition, Councilors Greg Evans and Mike Clark voted against moving the proposed ordinance to a public hearing. Clark said, “I think this ordinance is silly”.

One idea is to use a new App, “Nail ‘Em,” that is now being used in California. With the click of a button, the app allows you to record your neighbors’ fireworks use and send it directly to police.
Amy Linder with Eugene-Springfield Fire said, “You can take a photograph of what you observe, it marks it with a time stamp and GPS coordinate, and then that data is collected”.

Linder reported they are still in the initial stages of exploring the app and that might not be ready for this Independence Day. Nevertheless, the proposed ordinance might. Councilors want to hear more from the community at a public hearing. The earliest that could be scheduled for is November 20.

Eugene City About a New Affordable Housing Project in Downtown