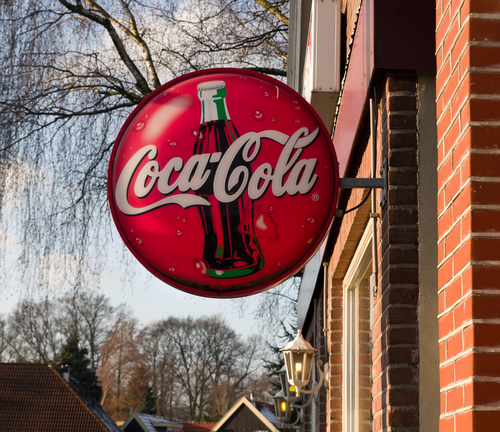 EUGENE, OR – The shuttered Coca-Cola bottling factory in northeast Eugene may get a second life.

A Utah-based Coca-Cola bottling franchisee is examining an enlargement of the 24,000-square-foot distribution building at 2980 Chad Drive, according to planning documents filed with the Eugene Planning and Development Department.

Swire Coca-Cola, USA, headquartered in suburban Salt Lake City, bought the building in May from another franchisee based in Los Angeles for $1.8 million, according to a deed filed in Lane County.

The building has been unused and vacant since 2013.

An architectural firm working with Swire filed documents and blueprints with the city of Eugene proposing a building addition of an undisclosed size, plus improvements to the existing interior.

A Swire spokeswoman, Scarlett Foster-­Moss, said the company had not committed to any expansion in Eugene. “We are in the process of taking on new territory in Oregon,” she said. “As part of that, we are really exploring all of our options in terms of our ability to grow our footprint. Obviously, that means assessing all the facilities we now possess.”

The Chad Drive bottling and distribution factory was built on 8 acres in 1990, with large truck bays and warehouse doors for Coca-Cola to distribute soft drinks across the region. The property sits between Chad Drive and Randy Papé Beltline.

Coca-Cola closed the facility in 2013 as it developed its distribution in the Portland area, laying off 21 warehouse drivers and others.

Swire’s documents are light on details. A two-line project description says, “tenant improvement of interior office space” and “building addition at the south side of the distribution center.” On October 10, company representatives met with city planners to discuss the plan.

Two blueprints appear to show an addition even larger than the existing building.

Swire’s purchase of the Eugene property was part of a refranchising agreement that gave the company control of bottling and distribution buildings in Bend, Wilsonville, Pendleton and La Grande. The company also owns dozens of properties in eight other west and Midwest states, according to its website.

Swire is the 3rd largest independent Coca-Cola bottler in the United States, its website says, with more than 1,800 employees.

BMW will Launch Electric Cars and Expand the EV Range