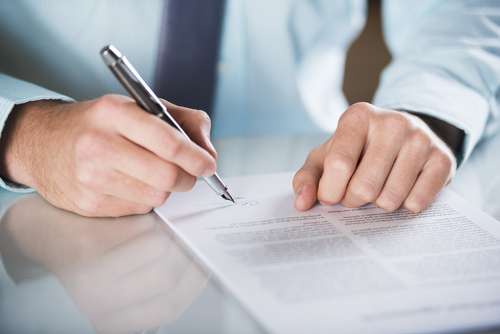 SALEM, Oregon — A report released Friday from Oregon’s state economists warned the federal tax overhaul could cost the state more than $200 million in revenue in the short term, amid an overall bright outlook for state businesses and workers.

The report by the office of Economic Analysis predicted state tax revenues would drop, then eventually begin to rise after changes made in the Tax Cuts and Jobs Act signed by President Trump late last year. Ultimately, state economists said economic activity stimulated by the overhaul should make up most of the loss, leaving the state only about $40.1 million in the red. They cautioned that the effect was uncertain.

“Our forecasts are always very uncertain. There’s always a whole lot of upside and downside risk,” said Mark McMullen, the state economist for Oregon. “This time it’s even more extreme — I am not even sure the authors of the federal tax law know all of its implications.”

Because of both the tax overhaul and the recent stock market adjustment, in which markets dropped sharply at the start of this month, state economists lowered their revenue predictions through at least 2023.

Oregon uses figures from residents’ federal tax forms to calculate state tax, so changes to federal law automatically carry over to the state’s own system. Based on changes to tax law alone, the maximum potential impact on state revenues from the overhaul is about $217 million in the next two years — and would last until the expiration of some tax discounts in the federal rules. But McMullen said state economists expect increased economic activity and corporate funds repatriated from offshore to wipe out about $177 million of the shortfall.

The report also relayed positive signs about economic activity in the state, with employment growth and wages and household income rising faster than the national average. Analysts described the figures as in keeping with previous predictions, and part of a long-running national economic upturn.

The effect of the federal overhaul had been a point of uncertainty for state lawmakers, who had been debating adjustments to state taxes based on early estimates that the overhaul would initially cost Oregon about $55 million per year. The prediction of a smaller deficit raised questions about whether lawmakers would adjust their response.

Senate Majority Leader Jennifer Williamson said in a statement that she remained uneasy over the effects of the federal plan on state revenues in the long run, despite the positive news in the forecast.

Sen. Jackie Winter, the leader of the Republican minority, said she saw the forecast as eliminating the need for tax increases this year.

A key feature of the report is the gradual decrease of the negative effects of both the overhaul and the market shift. The report and other state documents predict it will occur over about the next six years. State predictions, which give figures for two-year periods, put the state down $40.1 million in 2018-2019, down roughly $109 million in 2020-2021, and down $93 million in 2022-2023, compared to revenue estimates prepared last year. After 2023, forecasters say effects from both will become positive.

Chief among the drivers of the swing is the stock market shift, McMullen said, the effects of which will likely take multiple years to fully affect the state economy.

On Friday, other Oregon economists said they saw the findings in the report as positive news for the state’s economy in general, but unclear in their effects on the state budget, especially in the long term.

You Can Help Build Self-Driving Trucks in Oregon!