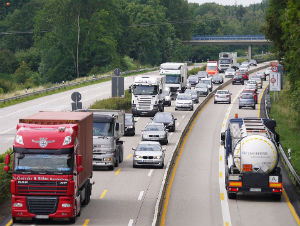 Oregon truckers are fighting against a carbon pricing bill that they claim unjustly targets the transportation sector. Cap and trade is the bill currently making its way through the Oregon Legislature. The trucking industry is deeply concerned about the unfair effects the bill will have on costs.

House Bill 2020 seeks to limit greenhouse gases and fight climate change by capping emission levels of various industries and factories. The proposal would impose a 52-million metric ton cap on emissions from polluting industries. In addition, companies that emit more than 25,000 tons per year would have to purchase pollution allowances from the state.

Opponents of the law say that the bill will result in higher fuel prices. If the bill passes, emissions will be strictly controlled and cannot go over the cap amount. Cap and trade will affect trucking like a tax, although it isn’t one.

Additionally, the bill could change when and where pesticides may be sprayed in Oregon. Senate Bill 853 would require pesticides containing neonicotinoid on a list of restricted pesticides. Other laws would ban aerial spraying on state-owned lands and certain pesticides used to kill insect and worms. Logging industry officials have expressed similar concerns over the effects this bill will have on cost.

The bill also targets the use of plastic bags and food containers. House Bill 2509 would prohibit plastic checkout bags. Besides this, it would also allow the Department of Environmental quality to fine business up to $250 dollars a day if they choose not to comply.

Furthermore, Senate Bill 90 would prohibit restaurants from giving single-use plastic straws to patrons unless they request them. The city of Eugene is seeking a similar regulation, which would additionally prohibit ketchup packets.

Ultimately, these potential regulations leave trucking industry officials wondering how much these legislations will cost their businesses and if they will be left to recoup the costs.