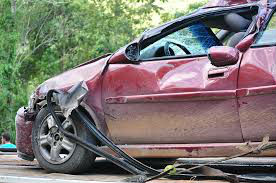 SPRINGFIELD, OREGON – On Tuesday the Lane County District Attorney declared that a Springfield police officer was within his rights to use force and shoot and kill Stacy William Kenny. The shooting occurred just last month.

The District Attorney, Patty Perlow, singled out Sgt. Rick A. Lewis as the officer who shot Kenny with his service weapon six times. According to records, Lewis, whose arm was broken during the shooting, entered Kenney’s car through the passenger side. He intended to unbuckle Kenny who’d been uncooperative during the routine traffic stop.

Unfortunately, Kenny then stepped on the gas and accelerated to over 70 mph, heading directly into a row of trees. Lewis was now forced into the passenger seat and responded by firing five of the six shots at Kenny while she drove toward the trees. Kenney was pronounced dead at the scene.

Recently, Kenny had legally changed her name as well as her gender. It was documented in the Lane County Circuit Court in September 2018.

Before the Kenny’s family issued a statement, “We are heartbroken at the loss of our eldest child and our only son. Patrick had a documented nonviolent mental illness for which he was being treated at Lane County Behavioral Health Services.”

The Kenny’s had notified the Springfield police as early as 2018 about their son’s mental illness. They hoped that by informing the police in advance they could keep their son safe. The family has made it known that it will review the DA’s full report in order to fully understand how the tragic events unfolded.