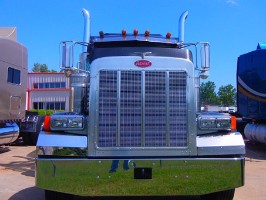 The much-discussed ‘trucking apocalypse’ appears to have arrived in full-force in the last year. Its latest victim is a 40-year-old carrier based in California. That’s right. Timmerman Starlite Trucking, Inc which has its headquarters in Ceres, California suddenly announced it would be closing up shop. This means its 30 employees would immediately be unemployed.

Ceres is a suburb of Modesto, California, which is a mid-sized city roughly 100 miles east of San Francisco. Starlite boasted a fleet of 30 trucks, 150 trailers, and a total of 28 drivers. This is according to data from the Federal Motor Carrier Safety Administration.

Owner Colby Bell suggested that the difficult freight market along with all the environmental regulations were the big reasons for the company’s demise. They posted their closing on their Facebook page.

“We tried to provide a healthy work environment for our employees and give them the best wages and benefits we could,” Bell said. “But in the end, the rates that were available did not support the cost structure needed to compensate our employees appropriately.”

Starlite worked with clients in an 11-state chunk which reached from the Rocky Mountains to the Pacific Coast. But right now, long haul trucking spot rates have dipped to their lowest levels in several years. In fact, the rates are off by more than 30 percent since its high point last year.

Worse than the low spot rates, trucking volumes have been functioning between 2 percent and 7 percent in the equivalent days from 2018. And there was a large drop that occurred in mid May.

Additionally, cost inflation over the last two years has jumped for carriers along with operational pressure in all areas of their business. Not only that but wage increases for drivers ballooned by double digits and insurance renewal rates are on the upswing, while equipment is costly to maintain.

If you’re a small carrier it’s almost impossible to keep up in this environment, which is why companies like Starlite are shutting their doors.

What do you all think of the current situation? Is it truly a trucking apocalypse?

Messerschmitt Comes Back With An Echo of The Kabinenroller

Happy Indie Day, America! Fourth Of July Is In Full Swing For Sunday