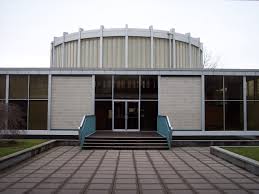 City councilors addressed concerns regarding the construction of a new City Hall in a meeting last month, reports The Register-Guard. With a new price tag exceeding a previously denied estimate, officials face a tough road ahead.

The construction of a new building comes as part of a broader initiative. The town square planning initiative also includes plans for a year-round farmer’s market, as well as updates to downtown’s largest park, Parks Blocks. Those two projects, taking place on Eighth Ave and Oak St, avoided the sort of controversy the new City Hall plans attract. Officials released details regarding those, but appear coy on decisions surrounding a new home for the council.

Eugene’s savings include about $12 million for a new City Hall. The previous plan, scrapped for excessive costs, rose to $28 million. The new plans exceed $30 million.

City councilors attempted to tackle some of the biggest questions surrounding the project at a meeting last month.

Regarding the addition of floors for leasing, most of the council seemed disinterested. More floors, they suggested, complicated the process and slowed it down. A new City Hall was slated to open years ago. At this point, they just want to complete the project.

Regarding whether council spaces would be available for community use, councilors responded favorably. If the city pays for a new, significant structure, public use ensures the City Council won’t monopolize it.

Underground parking was shot down. Estimates rise to $9 million on the low end, a line item councilors couldn’t justify.

Debate proceeds and the delay continues, but councilors insist upon cost-conscious plans.