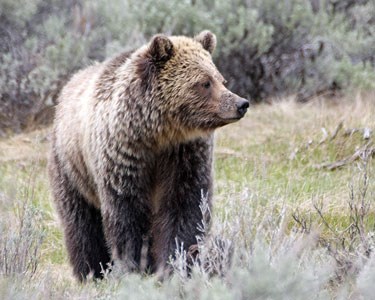 Bears have been seen entering city streets in order to forage for food. With so many people under their stay at home protocol, wildlife has found its way into neighborhoods and streets where they might not usually end up.

Take for instance Eugene, Oregon. A black bear was spotted foraging for food outside of a residential neighborhood.

Spring has sprung and many wildlife are coming out of hibernation. This leads them to forage for the first couple meals upon awakening.

While many animals fight off the cold by stocking up on body fat and sleeping through the winter months, Bears follow the same path. The exception is that bears will wake up to drink water if they feel dehydrated, other than hat, they just sleep off the winter months like a bad hangover.

Problems Arrive With Stay In Place

Due to most people staying indoors, Bears have found they are less habitat oriented. Their immediate response upon waking up is to find food. This can often lead to them foraging a little too far from home, and into your backyard.

“It’s not uncommon to see bears emerging from torpor this time of year,” said Chris Yee, an Oregon Department of Fish and Wildlife biologist.

One might think that the stay in place would deter the bears, but due to low traffic, they do not feel as threatened to be in suburban areas. Fewer cars, fewer pedestrians out and about can lead to other foragers entering.

Even places like Venice, Italy have seen an increase in wildlife roaming into the neighborhood.

With the canals of Venice not clear, and the sediments has settled to the bottom. marine life has come back to the city. From jellyfish to even dolphins, Venice residents have taken a liking to seeing life emerge from the murky canals.

Drivers Speak About Driving During COVID-19