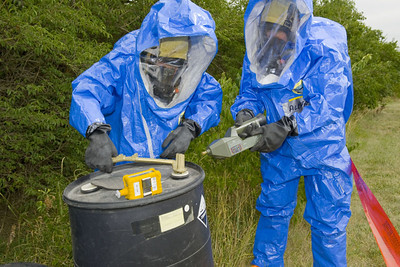 Decontamination has begun in Eugene. One big issue that the world is facing is not just the effects of the coronavirus, but the aftermath. With masks being bought up like hot-cakes the disposal has created concerns.

Gloves and masks have been leaving shelves empty since the start of the outbreak. With so many people using a disposable form of face masks, many are left in parking lots and streets across the country.

For many, they find this to be an easy escape. Instead of taking them off and disposing of the properly, they leave them in shopping cars and grocery bags. This has negative consequences. For starters many who must dispose of those belongings have a higher chance of contracting COVID-19.

Streets in major metropolitan areas have taken a large hit with garbage not being properly disposed of.

Eugene Steps Up Their Efforts

You may have seen this on the news. People dressed up from head-to-toe in white hazmat suits are spraying down populated areas in order to contain the spread of the virus.

Similar in style to decontaminating places like Fukushima. Its uneasy, being a resident and seeing numbers of white-walkers slowly and methodically pacing down the street.

Many residents understand the circumstances for the efforts but have remained cautious and sometimes scared to see the effects this virus has taken.

Decontamination Across The World

Across the pond, Italians are also seeing decontamination efforts. Italy is the largest epicenter in Europe. With other major European nations like Germany, England, and France not far behind, Italy is fighting a long battle.

Korea and Japan are also going through major decontamination efforts. They have done such a good job that each country has been able to flatten the curve.

Eugene is just one city in a dozen US cities that are fighting back hard with decontamination efforts. The future is still uncertain as to when a curve will appear. Projections state that reopening won’t happen until June of 2020.

Abolish the Police March Ends with Rally at a Police Department