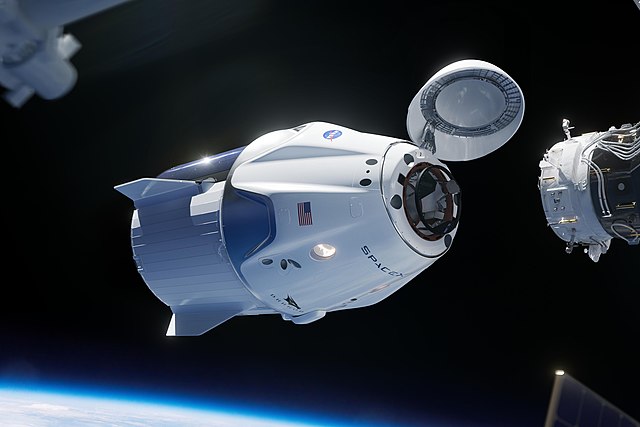 SpaceX, the world’s first privately-owned space shuttle program, launched its first-ever manned takeoff. The launch was to meet up with the International Space Station and dock. Everything went off without a hitch.

The flight had a different feel than what the astronauts were typically used to. The main propulsion rocket was said to be a little rockier than NASA’s, other than that, once it was knocked off, the regular jets worked smooth-as-silk. Also, the docking process was smooth and with no issues.

“So the first stage engines shut off, and then it took some time between the booster separating and then the Merlin vacuum engine starting,” Hurley said. “At that point, we go from roughly three Gs (three times the normal force of gravity on the ground) to zero Gs for, I don’t know, a half a second probably, and then when that Merlin vacuum engine fires, then we start accelerating again.”

“It got a little rougher with the Merlin vacuum engine, and it’ll be interesting to talk to the SpaceX folks to find out why it was a little bit rougher ride on second stage than it was for shuttle on those three main engines.”

Hurley and Behnken the two astronauts who were sent in the Dragon Capsule. They said the docking “didn’t feel like docking at all.” They also mentioned that “It was just so smooth.”

The first successful launch of a private manned spacecraft is one for the record books. The Federal Government has pretty much shut down all things “Space”. This means other pioneers are stepping up to the plate. SpaceX and Elon Musk have done what global powers couldn’t.

We’re back to launching people to the stars. Now if only we can get some flying cars like we thought we would have by now.

Greater Limitations on Fireworks in Eugene